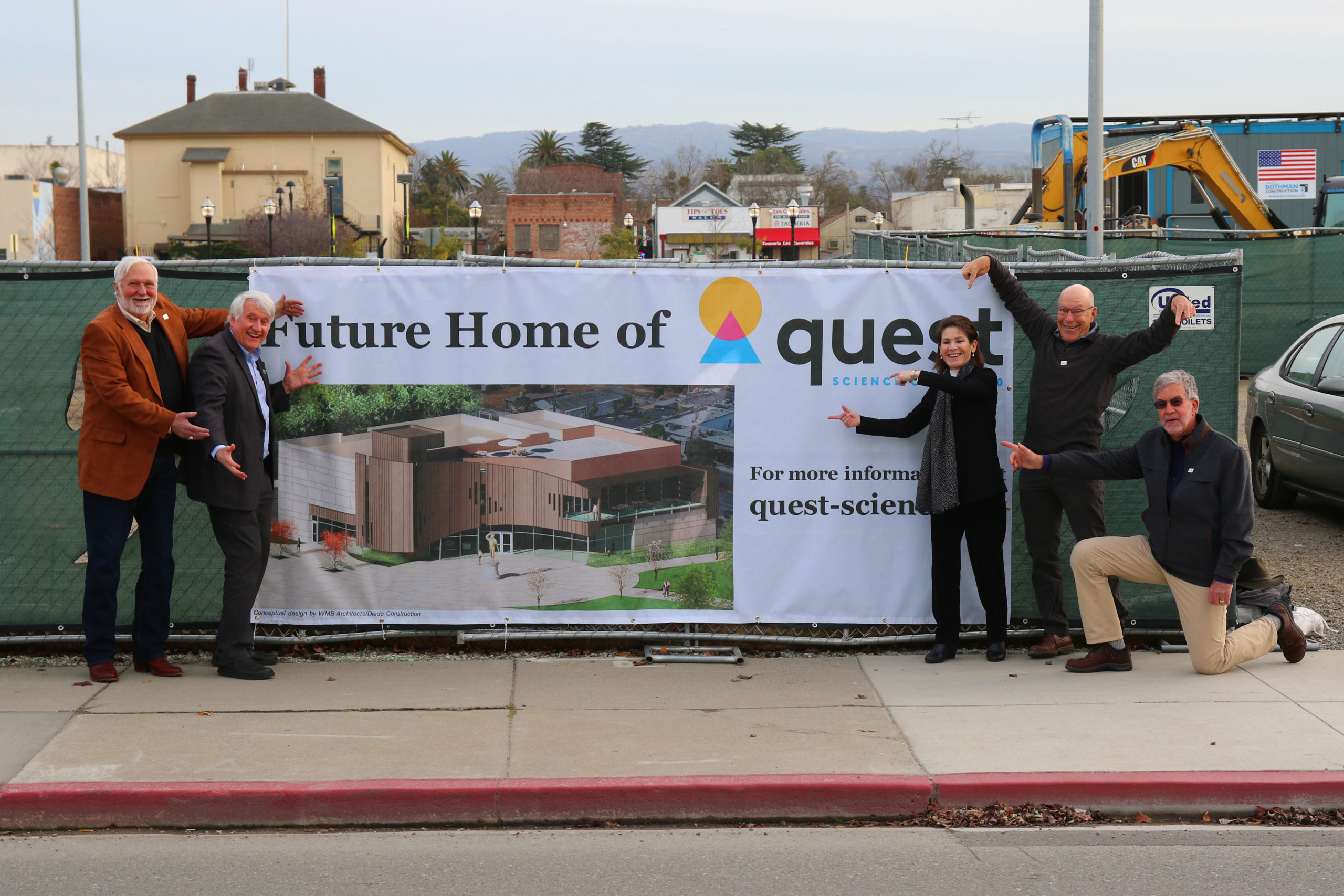 You can’t miss Quest! The future location for our new science center – on Railroad Avenue near Blacksmith Square – was marked by board members hanging a banner on January 15. Quest Science Center 2.0 will be an integral part of the new Stockmen’s Park planned as a centerpiece to Livermore’s redevelopment.

Quest, formerly the Livermore Science and Society Center, announced its new name and launched its website in December. The architectural concept of the science center is featured on the banner. Check it out!