Pave the Way at Quest Plaza 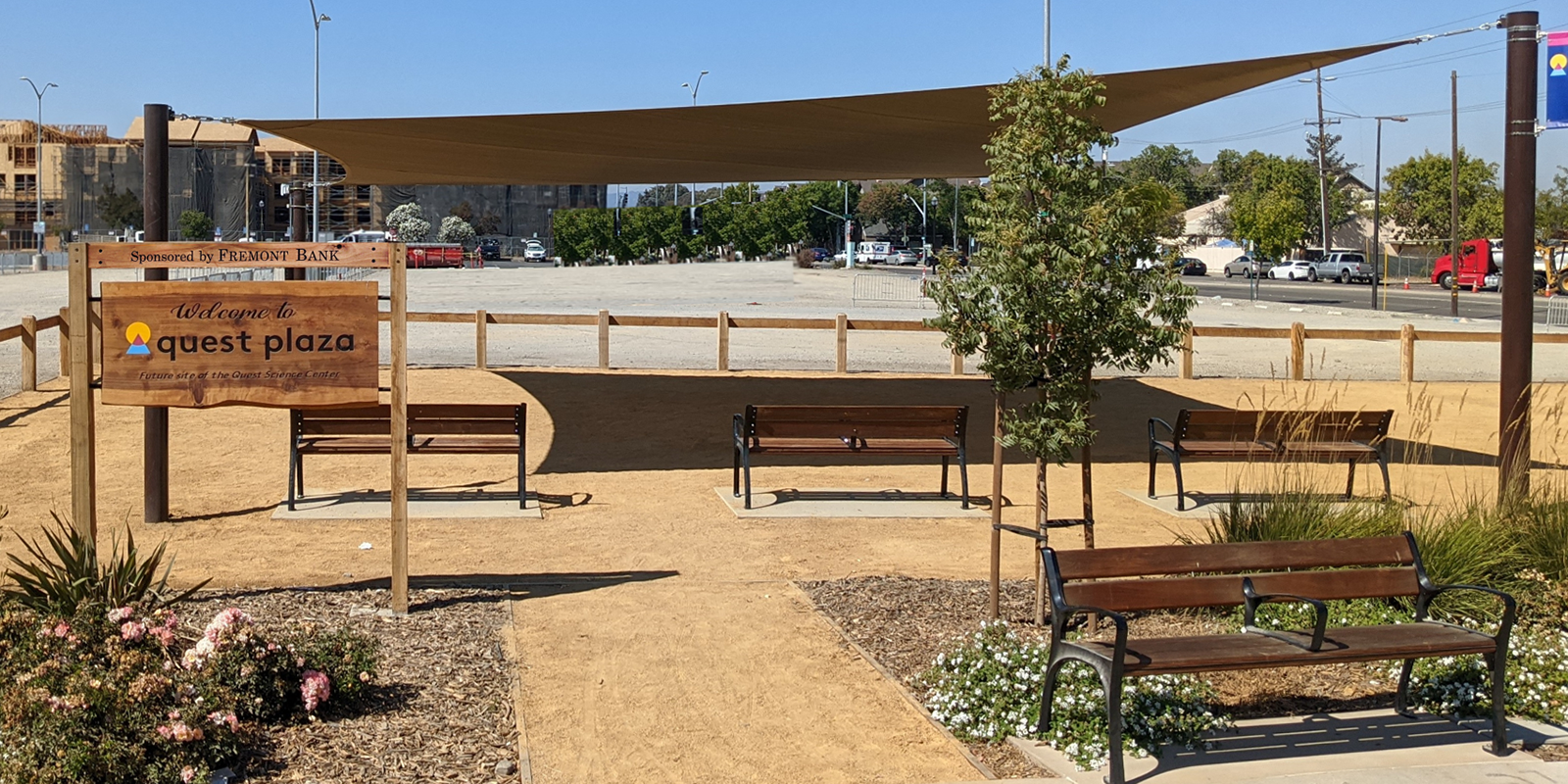 Quest Science Center is grateful to the City of Livermore for their support of the project, as well as project lead La Roza Construction for their work in making this vision become a reality.  Special thanks to naming sponsor Fremont Bank for their partnership and the many community members who contributed to this project.

Additional appreciation to Topcon Positioning Systems for donating our on-site weather station providing real time data for future activities.  Today’s weather is displayed on the right or below, and current when this page is loaded.

To help develop the next phase of public programing and exhibits, we are launching a Pave the Way campaign.  You can build our future by purchasing a brick near the entrance to Quest Plaza in Stockmen’s Park this Fall!  The bricks will match the existing red bricks in the park and will be reused in the future when the Science Center is built.

Your brick can be inscribed with a name or message of your choice.  Three different brick sizes are available.  Each allows for a different amount of text.  A company or organization’s logo can also be added to the 12″x12″ brick.  Quest reserves the right to review all text submitted for appropriateness.  Messages should align with Quest’s mission and values.

Phase 1 bricks were received in early January, and 115 were installed in mid January.  An additional 54 bricks were ordered in January and March and will be installed by early May. 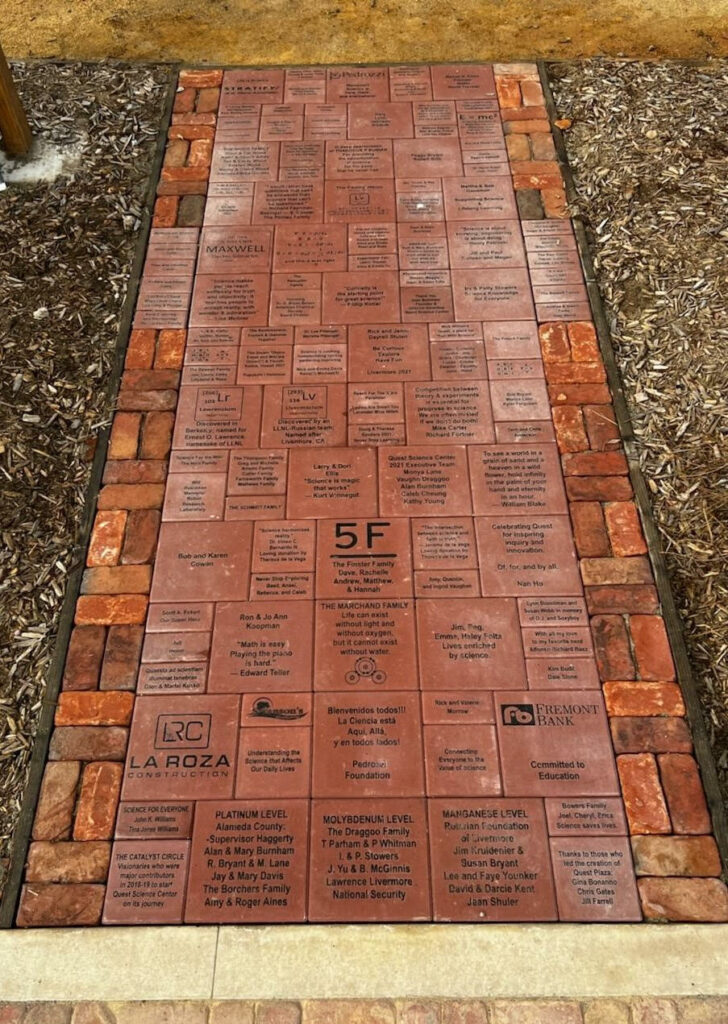 Orders are now being taken for Phase 3, which will be ordered and installed sometime in summer. 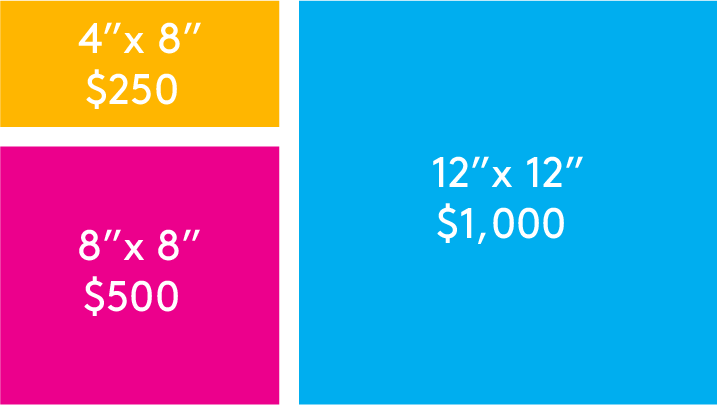 To submit your donation, please complete the form on this page.  The options on the form will change based on your brick size selection.  After submission, you will be directed to our PayPal site for your fully tax deductible donation.  A copy of your information will be sent via email.

If you have any questions or special requests, contact Alan Burnham at ABurnham@quest-science.org.

Thank you for supporting our mission to connect everyone to the value of science! 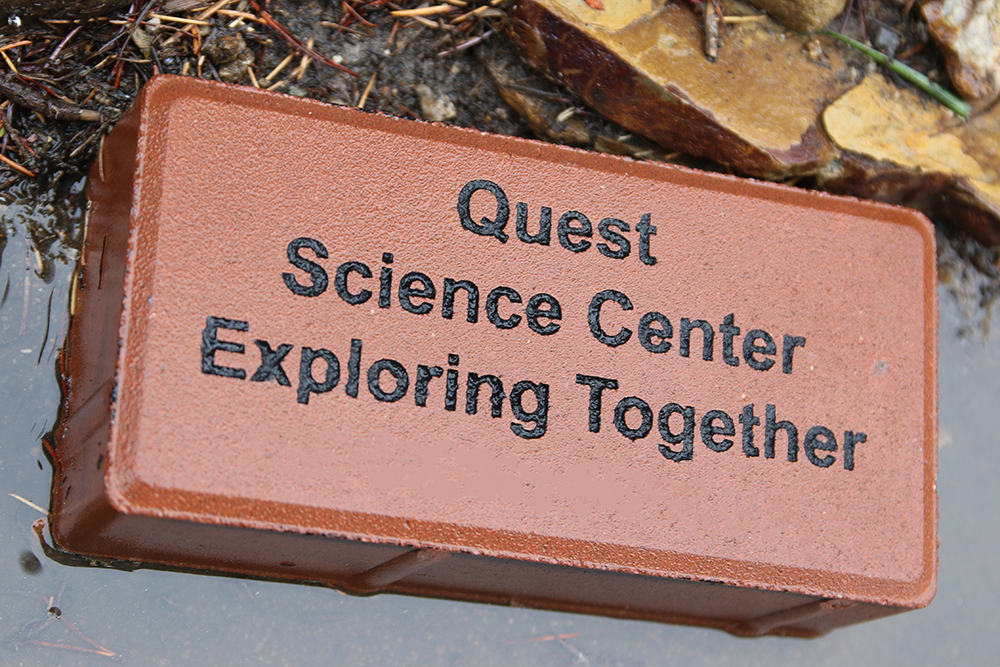