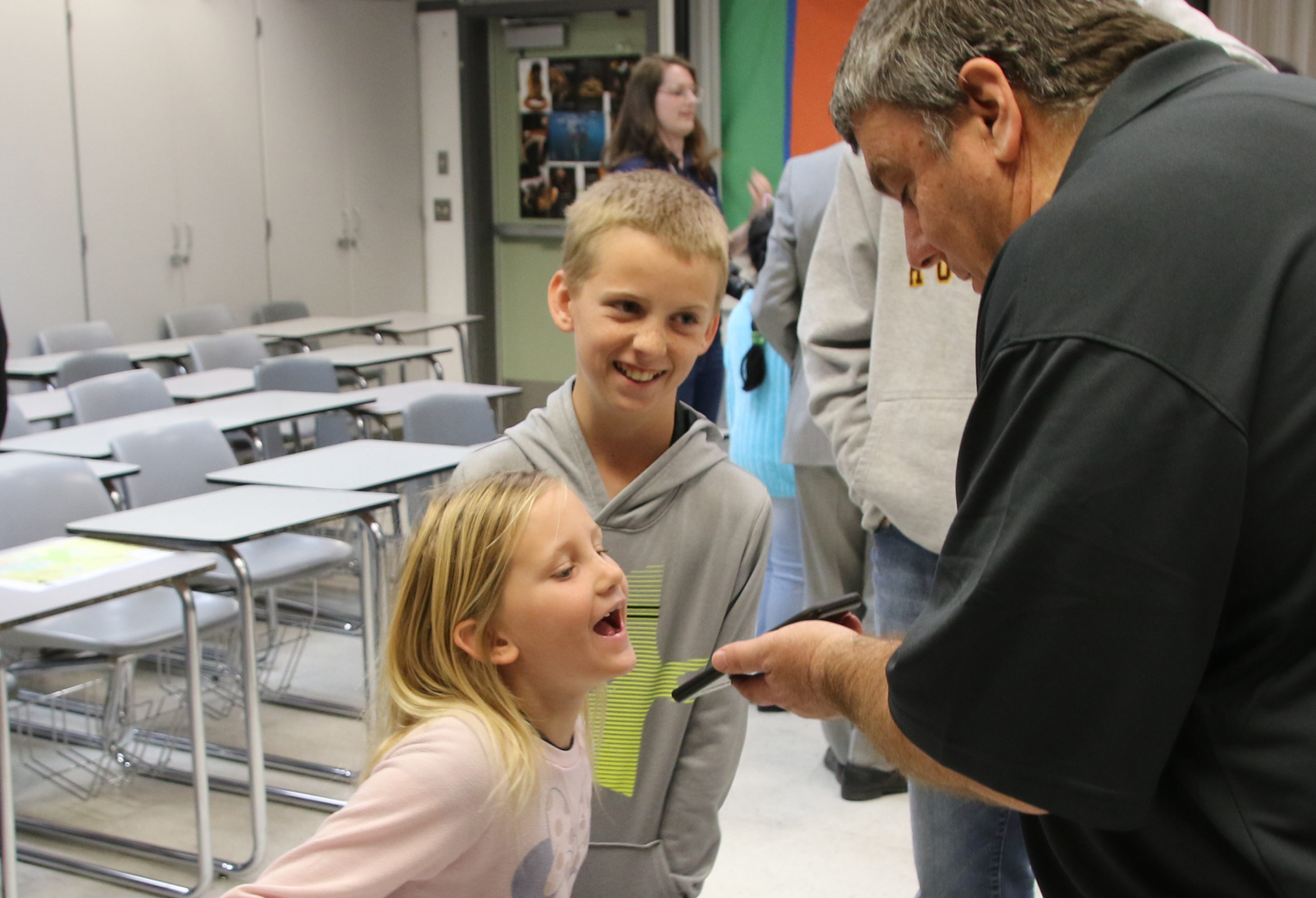 It’s only fitting that Quest takes people on an odyssey. At the Science Odyssey, held Feb. 13 at Junction Avenue K-8 in Livermore, a team from Quest brought three experiments in “cell phone science” to the event sponsored by the Livermore Valley Joint Unified School District. 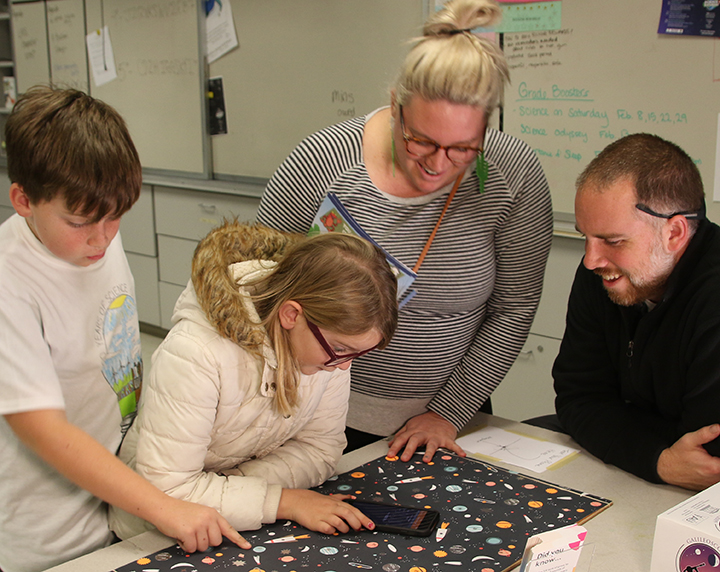 In one experiment, sleuths figured out where the sensor for magnets was located on the phone. Using a board decorated with a space motif, they were asked to “hunt” for five magnetic letters to spell out a mystery word. Participants could tell when they found a magnetic letter because the line on the graph would spike. What did the letters spell out? Quest! – much to the delight of participants as they solved the mystery. 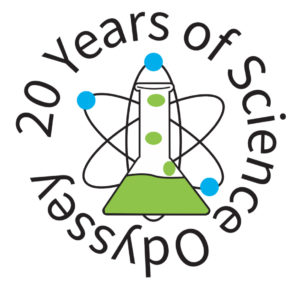 Two additional experiments measured acceleration. The first involved running a car built from K’NEX pieces down a ramp. The second had participants cut a string that would launch a car onto a track made of cut-up drinking straws. Participants could change weights on the car and the number of rubber bands to make the car go faster.

In the sound-waves experiment, participants recorded their voices to see what they looked like as sound waves and compared their voices with those of friends and family.

// from bernadot website to allow anchor link to toggle -Bob