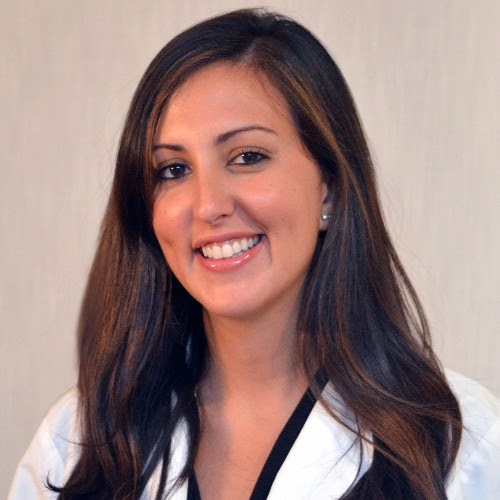 Dr. Fatima Rodriguez, MD, MPH, has been an assistant professor in cardiovascular medicine at the Stanford University Medical Center since 2014. In addition to being a practicing general and preventive cardiologist, she researches a range of issues relating to racial and ethnic disparities in guideline adherence, cardiovascular disease prevention, health promotion, and leveraging technology to improve the care of diverse patients.

She’s also Research Director for an innovative telemedicine program in cardiology, CardioClick, and is a volunteer working on the new American Heart Association (AHA) patient data registry to learn more about the COVID-19 virus and its associations with cardiovascular disease.

In a May Cardiovascular Business interview, Dr. Rodriguez notes that “COVID-19 is the health crisis of our lifetime and has impacted almost every aspect of cardiovascular care for patients and physicians. Because of the lack of high-quality data across diverse populations, physicians are often making management decisions with uncertainty.”

As such, the AHA has recognized the pressing need to rapidly collect, analyze, and disseminate high-quality data about the cardiovascular effects of COVID-19. Early research suggests that the SARS-COV2 virus may affect every aspect of the cardiovascular system – the coronary arteries, the myocardium, and the electrical system.

The goal of this registry is to capture high-quality and comprehensive data across U.S. hospitals for patients hospitalized with COVID-19. “We are collecting detailed demographic data, serial laboratory and testing data, treatments, and cardiovascular outcomes in patients,” said Rodriguez. “We need to work together to make sure the data we collect are truly representative of the diversity of the U.S. patient population”.

Sunday, August 23rd was a stressful day for Livermore and Tri-Valley residents. The second largest wildfire in California history (at the time) was burning uncontained roughly 15 miles to the south. Mandatory and voluntary evacuation orders for regions outside the city limits were in place. As the skies darkened, the smoke got thicker and the air quality dipped into the hazardous zone, I nervously asserted that the fire wouldn’t come into the city. My wife showing less than full confidence in my scientific judgment started to gather piles of supplies in case we needed to evacuate. After a couple of hours in which the situation seemed to be getting worse, I decided to research whether the nearby vineyards had ever served as effective fire breaks in these kinds of circumstances. After my research revealed that the vineyards wouldn’t necessarily provide protection, , I decided to think about what I would take if an evacuation was necessary. This was indeed a very stressful and most unusual day. Livermore residents got a glimpse of the challenges facing so many people in Northern California.

By many measures this has been California’s most devastating fire season, and the fire season, based on past history, had barely begun. Over 3 million acres have burned, damaging over 6000 structures with over 25 fatalities. As of September 6, California passed the record for the worst year in history for the amount of damaged land, and the fire season is far from over. Most of the largest fires in California history have occurred this year since August 15th.  In fact, three of the largest fires in history burned simultaneously in a ring around the Bay area. This year’s fire activity is part of a multi-year period of unprecedented wildfire activity.

What is going on? How do scientists and experts explain what is happening? Two recently published articles provide a great deal of insight into why California and the Northwest have experienced this dramatic increase in damaging wildfires.

A peer-reviewed article in Environmental Research Letters pins a large portion of the blame on climate change and the effect it has had on temperatures, moisture levels, droughts, and the length of the fire season. The major conclusion can be simply stated “the observed frequency of autumn days with extreme fire weather … has more than doubled in California since the early 1980’s”.

A second summary article entitled “How California Became Ground Zero for Climate Disasters” convincingly argues that the problem goes far beyond the impact of climate change. The central conclusion of that article is that “The engineering and land management that enabled the state’s tremendous growth have left it more vulnerable to climate shocks.” Put another way, “Climate change is exposing the vulnerabilities in the systems that we have engineered”. Taken together these two articles provide a balanced, if disturbing, look at why the state is experiencing so many devastating wildfires.

The three big Bay area fires ignited by an unusual dry lightning storm in mid-August are now contained and yet we in Livermore and the Tri-Valley are still dealing with lifestyle disruptions caused by other fires in the state. The problem is, of course, smoke and air quality. In our household, we have now learned to double-check airnow.gov before we go out to work in the yard, take the dog for a walk or open a window. That site provides an updated measurement of air quality in our community indicating various levels from good to hazardous. Air quality in Livermore has ranged across all these levels in the past several weeks and our new portable HEPA filter has been working to keep a room clean for sleeping and reading. What do these AirNow values mean for our health? A National Geographic article eThe final article highlighted this month entitled “How breathing in wildfire smoke affects the body “ provides an updated view of the health effects.

The central conclusion “chronic impact of smoke from longer-lasting, more frequent wildfires could have serious health impacts” is quite sobering. Check Air Now before going for your morning run.

ReQuestEd: Interview with Dr. David Svec – Quest’s Gina Bonanno explores COVID-19 through the eyes of Dr. David Svec, Chief Medical Officer at Stanford Health Care – Valley Care in Pleasanton, a health care provider on the front lines of the pandemic here in the Tri-Valley. Listen to the Podcast. Read the Transcript.

The Coronavirus Pandemic: How is Alameda County Doing? – Tracking data for Alameda County and the surrounding area to provide our region with a local analysis of the progression of the pandemic, by Rick Stulen, Quest Director

Understanding the Math behind the COVID-19 Challenge – A deep dive into the mathematics behind the pandemic and analysis to make the data more meaningful, by Alan Burnham, Quest’s Founder and CFO